While I can still remember the recipe for the winning chili I thought that I would at least write it down. I did leave out the sequence cause I don't what to give away all my secrets. 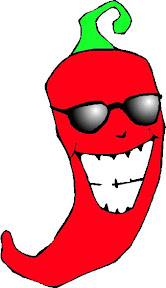 For a decade we've we've endured the Bushisanidiotwarmongerchipmanzeestupidmoron routine... and Obama was going to save us from all that.,and here we are 2 years into HopeyChangy and Obama is doing Bush 2.0 (badly)...Gitmo is still open.. military tribunals are full steam ahead..we're embroiled in 3.. count 'em ... THREE wars and we have a Nobel Peace Prize Winner who has fired more cruise missiles than any Nobel Peace Prize Winner .... ever!!!

Well spring must be on it's way. The road finally broke up this week which does make the commute home very interesting. Just point it in the desired direction and floor it!!!! 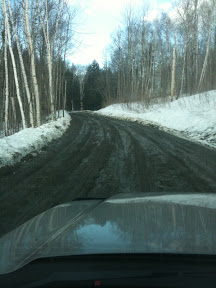 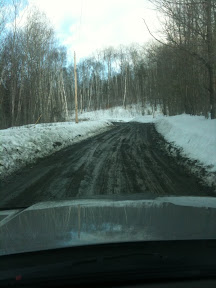 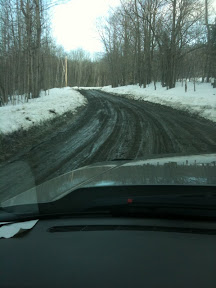 things have changed in the last 50 years


Jack goes quail hunting before school and then pulls into the school parking lot with his shotgun in his truck's gun rack.

1960 - Vice Principal comes over, looks at Jack's shotgun, goes to his car and gets his shotgun to show Jack..
2011 - School goes into lock down, FBI called, Jack hauled off to jail and never sees his truck or gun again. Counselors called in for traumatized students and teachers.

Johnny and Mark get into a fist fight after school.

1960 - Crowd gathers. Mark wins. Johnny and Mark shake hands and end up buddies.
2011 - Police called and SWAT team arrives -- they arrest both Johnny and Mark. They are both charged with assault and both expelled even though Johnny started it.

Jeffrey will not be still in class, he disrupts other students...

1960 - Jeffrey sent to the Principal's office and given a good paddling by the Principal. He then returns to class, sits still and does not disrupt class again.
2011 - Jeffrey is given huge doses of Ritalin. He becomes a zombie. He is then tested for ADD. The school gets extra money from the state because Jeffrey has a disability.

Billy breaks a window in his neighbor's car and his Dad gives him a whipping with his belt.

1960 - Billy is more careful next time, grows up normal, goes to college and becomes a successful businessman.
2011 - Billy's dad is arrested for child abuse. Billy is removed to foster care and joins a gang. The state psychologist is told by Billy's sister that she remembers being abused herself and their dad goes to prison. Billy's mom has an affair with the psychologist...

Mark gets a headache and takes some aspirin to school.

1960 - Mark shares his aspirin with the Principal out on the smoking dock.
2011 - The police are called and Mark is expelled from school for drug violations. His car is then searched for drugs and weapons.

1960 - Pedro goes to summer school, passes English and goes to college.
2011 - Pedro's cause is taken up by state. Newspaper articles appear nationally explaining that teaching English as a requirement for graduation is racist. ACLU files class action lawsuit against the state school system and Pedro's English teacher. English is then banned from core curriculum. Pedro is given his diploma anyway but ends up mowing lawns for a living because he cannot speak English.

Johnny takes apart leftover firecrackers from the Fourth of July, puts them in a model airplane paint bottle and blows up a red ant bed.

1960 - Ants die.
2011 - ATF, Homeland Security and the FBI are all called. Johnny is charged with domestic terrorism. The FBI investigates his parents -- and all siblings are removed from their home and all computers are confiscated. Johnny's dad is placed on a terror watch list and is never allowed to fly again.

Johnny falls while running during recess and scrapes his knee. He is found crying by his teacher, Mary. Mary hugs him to comfort him.

1960 - In a short time, Johnny feels better and goes on playing...
2011 - Mary is accused of being a sexual predator and loses her job. She faces 3 years in State Prison. Johnny undergoes 5 years of therapy.