Another fine day, I spent some time in Saturday putting siding on the house. Its starting to look much better. If the rain holds off today I should have the last side finished. Georgie went on "poop patrol" yesterday, picking up after Cash. I was amazed that she was able to fill the wheel barrel, and there is still more out there. Just lots of crap.

The Cadets won the NCAA National Division III championship in double overtime. The next game will be the Beer Olympics.

A few pictures of Guinness ( the fire breathing dragon) this week. He is happy today, Georgie gave he and Midnight a good spring brushing. 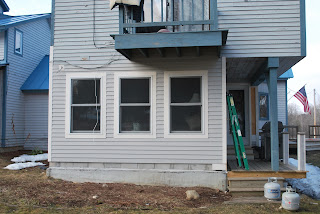 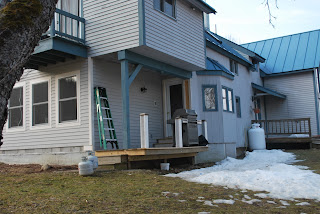 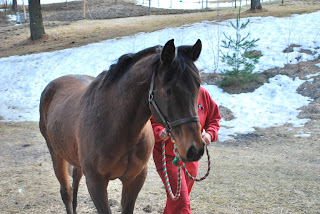 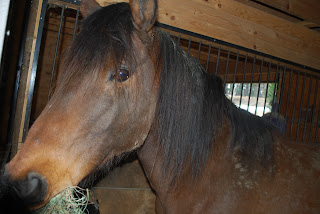